Collectively, there is a fairly large issue with pollution generation in today’s technological society. A significant factor in producing pollution happens to come from the paint on the boats we use. Antifouling paint is a common paint, applied in order to slow the growth of unwanted sub aquatic organisms, but in turn, can also be extremely detrimental to the environment. As boats are abandoned in the ocean or the shore, particles within the paint begin to build up and shed. The particles make its way into the environment during the cleaning process as well.

From research conducted by Andrew Turner, it was found that antifouling paints contain harmful metals, which are potent within the antifouling paint particles, or APP. Not only does the buildup contaminate the ocean water as it sheds off, throwing the elements of the water off balance, but aquatic wildlife are increasingly ingesting these harmful toxins. A big issue with the popularity of antifouling paint is that the distributions, characteristics and effects of discarded particles are not well enough studied or made aware to the public. The paint is continued to be used by companies, blindly adding to the already rampid issue with pollution in the aquatic environment. The goal of this article is to inform readers of the harmful pollution and effects that come with using APP, in hopes to spark the interest to change paint practices and reduce the issue of pollution resulting from boats.

The size of particulates produced depends on the method of paint removal and can range from a few microns in diameter to several cm in length. Since recreational boats are unregulated, many countries do not have effective disposal methods set in place for boaters. Therefore, during cleaning and maintenance, the APP generated readily enter the marine environment and surrounding areas with waste water washdown and runoff or as airborne dust. The particles can even make its way into indoor environments when boaters track it in on their clothing, skin, hair and shoes.

Antifouling paint particles are not only an issue during cleaning, but also can result from the paint particles that gradually shed off static structures, including abandoned boats, or that arise from the impaction or grounding of vessels. For example, a large Malaysian cargo ship was grounded in Australia, causing physical damage to Sudbury Reef. This resulted in elevated levels of TBT, copper and zinc sediments found up to 250 meters from the hull scar. After an intense cleanup session, over 40 kg of paint fragments, 62 tons of contaminated rubble and 400 tons of contaminated sand were found.

The concentrations of biocides and metals within antifouling formulations can vary greatly, even APP from a single facility are heterogenous in chemical makeup. With the phasing out and ultimate ban on triorganotin formulations, most contemporary marine antifouling paints contain a Cu(I)-based biocidal pigment. Copper is also commonly mixed with zinc, as well as other co-biocides in APP. Tin may also exist in some ‘‘tin-free”, silicone-based paint in the form of a catalyst, at concentrations as high as 0.1% by weight of the formulation.  Provided that concentrations of these metals or pigments are below 1% by weight in a formulation, manufacturers are not obliged to specify their presence or function. Concentrations of Cd, Cr, Ni and Pb observed in discarded antifouling residues are well above those of ambient dust and sediments. Therefore, APP may be regarded as an important, yet overlooked, source of a wide range of inorganic contaminants to the marine environment.

Although the tendency of APP to enter the marine environment is well recognized, no studies of local or regional distribution in benthic environments have been fully conducted. This is partly due to the difficulty in identifying small paint fragments among grains of silt.

With the increasing amounts of APP leaking into the marine systems, a multitude of damage is caused within the benthic environment. The first direct impact is the metal contamination in the aquatic system. Given the design and function of antifouling paint, contamination of sediment by discarded APP is predicted to result in elevated concentrations of trace metals in poorly circulating interstitial waters.  A sample showed an excess of 80% for copper and 60% for zinc, compared to about 10% for an equivalent sample collected remote from any boating activity.

In addition to this, there are detrimental biological impacts as well. In poorly flushed environments, biocides from the leached metals have the potential to build up to phytotoxic levels from APP suspended in the water column. Antifouling particles themselves are amenable to invertebrates and other animals that are exposed to or consume particulate matter. Swans, for example, have been found to have a copper protein complex in their liver cells. Since swans feed exclusively on underwater vegetation by plunging their head and neck below the surface, it was concluded that the most likely source of Cu was the inadvertent ingestion of discarded flakes of antifouling paint on the harbour bed. The development of copper and other metals within organisms cause detrimental effects to wildlife.

Antifouling paint particles are abundant in the benthic environment in the vicinity of boat repair facilities, abandoned structures and grounded ships. Such fine particles are distributed widely due to a multitude of ways from these boats. An extensive knowledge of biocide behavior on painted surfaces is not completely sufficient for the management of antifouling paint particles due to the different and poorly defined properties and pathways of biocides in particulate form. To fully understand the impacts regarding APP, further research is needed on the physical and chemical means of fine paint particles in the benthic zone and leached metals in the environment. Particularly, the behavior if Cu in anoxic pore waters, as it is commonly found in antifouling paint. In order to efficiently decrease the issue of pollution linked to APP, greater caution needs to be exercised by boaters and boatyards during the removal and disposal of APP, as well as more awareness or stricter enforcement of relevant codes of practice or legislation. 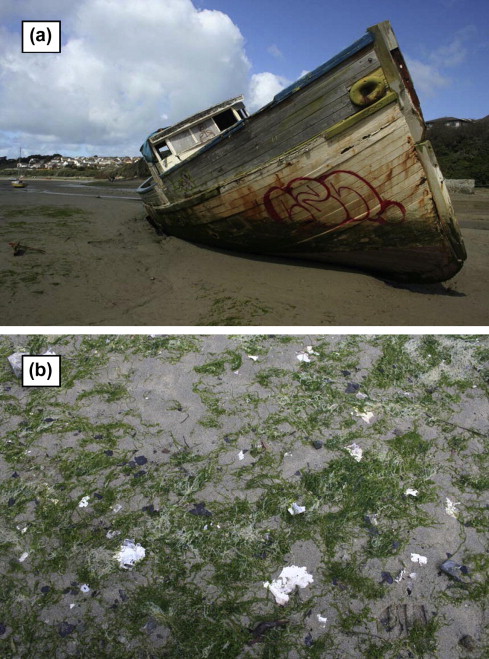 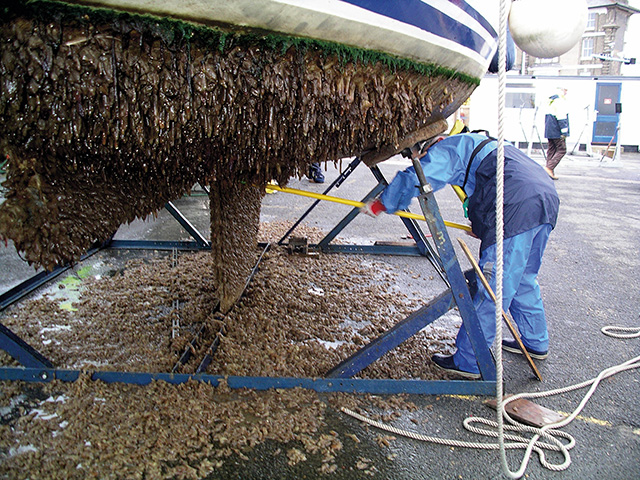 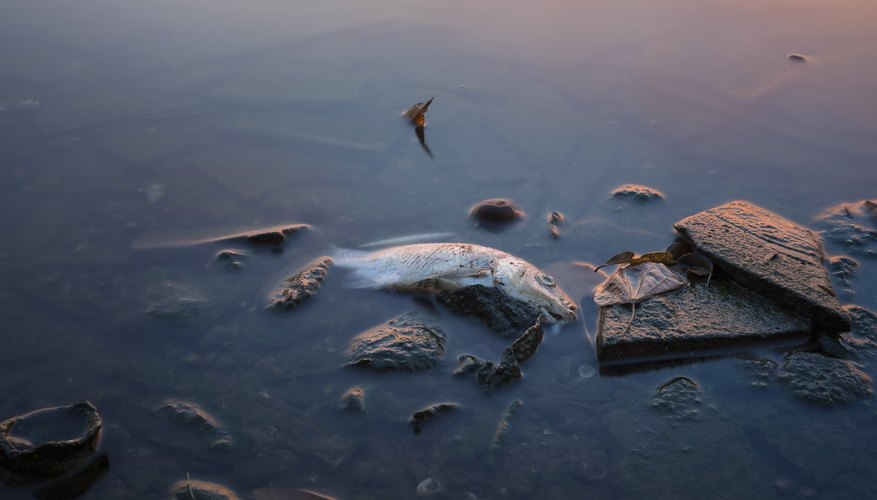